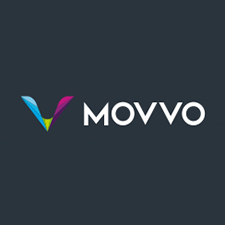 About Roberto Ugo:
One of the founders of the company. Former university researcher that wanted to see his work to be applied to the real world, instead to be archived as another research project. Formed by University of Porto in Computer Science, has a Business Data Communication and Networking specialization by Boston University and E-Commerce by University of West Scotland. Attended in Silicon Valley to the Design Thinking course by Stanford and participated in the Sloan School of Management – MIT entrepreneurship course.

About Movvo:
Movvo, previously Around Knowledge has been founded in 2009 in Porto, Portugal by 3 University researchers Roberto Ugo, Suzy Vasconcelos and Diana Almeida. Together they developed an algorithm to detect radiofrequencies emitted by portable devices, in specific locations with dedicated hardware. These detections are used to pinpoint the devices’ locations, based upon signal strength, and combined with a set of assumptions to translate them into powerful customer behavior analytics. The Retail Movves solution is specially tailored to provide state of the art analytics for clients from Shopping Centres and Retail Businesses. Additionally, we differentiate by using a proprietary hybrid GSM-Wi-Fi combination and encrypting the data to be compliant with privacy regulation: the European Privacy Seal certification and Truste Privacy Certification, for example.