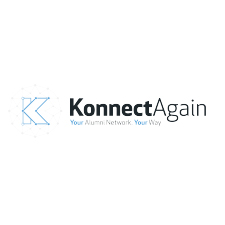 KonnectAgain, www.konnectagain.com
Jayne Ronayne, CEO & Co-founder, jayne@konnectagain.com
00353872296982
University College Cork  graduate Jayne Ronayne is the co founder and CEO in KonnectAgain, a software system which helps Universities to connect with and keep track of alumni with fundraising in mind. It is her second start-up after UrYearbook, an online yearbook system she set up while still studying at University College Cork and sold to universities around the country. Over the past 12 months Jayne and her co founder Helen have expanded their team to nine and will be hiring further over the next few months.  KonnectAgain is present in Ireland, Dublin where the technology team work and the sales team is based in San Francisco out of their Redwood city space. Jayne has been featured as one of Ireland Top 30 under 30 and top 20 female entrepreneurs in Ireland.

About KonnectAgain:
At KonnectAgain, we are revolutionising alumni relations. Our smart, tailored technology seamlessly incorporates data and analytics into fundraising and communications for increased engagement and ROI. By integrating your existing database with social media, event management, communications and fundraising tools, KonnectAgain intuitively provides your alumni with relevant content, networking, and giving opportunities. Rather than a one-size-fits-all approach, outreach is based on unique tags and attributes, creating holistic engagement for better fundraising results. The platform also features an exclusive alumni network that integrates with LinkedIn but allows for better search functionality and more affinity-based outreach, truly harnessing the power of your diverse and disparate alumni.