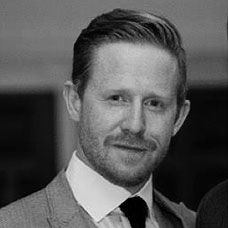 Mr. Sands is the VP of Salesforce Innovation.  His team works to bring together all elements of the Salesforce ecosystem to offer innovation services Fortune 100 C-suite executives on the vision and business model they should employ in transforming their organization.

Having graduated with double honors from the National University of Ireland, Maynooth Neil was awarded the President Garvey Scholarship; conducted Masters studies in the US and recently received an MBA from the Smurfit School, at University College Dublin. Neil worked for several years in Canadian banking, holding strategy positions in Anti-Money Laundering / Anti-Terrorist Financing operations in Toronto.

In 2010 Neil co-authored report on Next Generation Diaspora Engagement for the Ireland Funds, the book Next Generation Ireland (Blackhall Press) and is a regular contributor on innovation, mobile, social and cloud technology.

With Accenture Global Management Consulting, Neil delivered on digital outreach strategies for US State Department. In January 2012, Neil made his first start-up exit from the Facebook development firm, Syncapse Corp; having received $25 million in funding from BDC and ABS