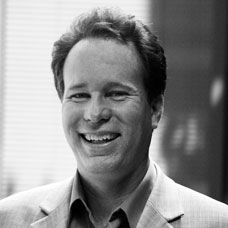 He is the guy at Fujitsu Laboratories of America that connects startups withbusiness units and subsidiaries around the world, and supports open innovation initiatives, events, and market research in anything that moves…  His background includes research, consulting, and business development with broad experience in many sectors, for companies big and small, including automotive/transportation, multimedia, and information and communications technology (ICT).  At Fujitsu, He looks at everything from chips to the cloud, and paradigm shifts like the collaborative economy and the maker movement.

He also double as an Ambassador to the World Parkinson Congress, a nonprofit that provides an international forum to learn about the latest scientific discoveries, medical practices, caregiver initiatives and advocacy work related to Parkinson’s disease.  He was diagnosed in 2013.

He is passionate about “open innovation” and Silicon Valley entrepreneurial culture, and connecting our venture community with Japan. Has a deep belief in the democratization of innovation, the innovation of democracy, and the power of people and tech working together to have a positive impact on society, health and the environment.

Fujitsu is the leading Japanese information and communication technology (ICT) company, offering a full range of technology products, solutions and services. Approximately 159,000 Fujitsu people support customers in more than 100 countries. We use our experience and the power of ICT to shape the future of society with our customers. Fujitsu Limited (TSE: 6702) reported consolidated revenues of 4.8 trillion yen (US$40 billion) for the fiscal year ended March 31,2015. For more information, please see http://www.fujitsu.com.

Quotes (for promotional use):

“As long as the roots are not severed, all is well. And all will be well in the garden. ”
– Chance Gardener

“It’s better to try and fail, than to fail to try”
– Vinod Khosla